Drežnica: Traces and Memories on the Map 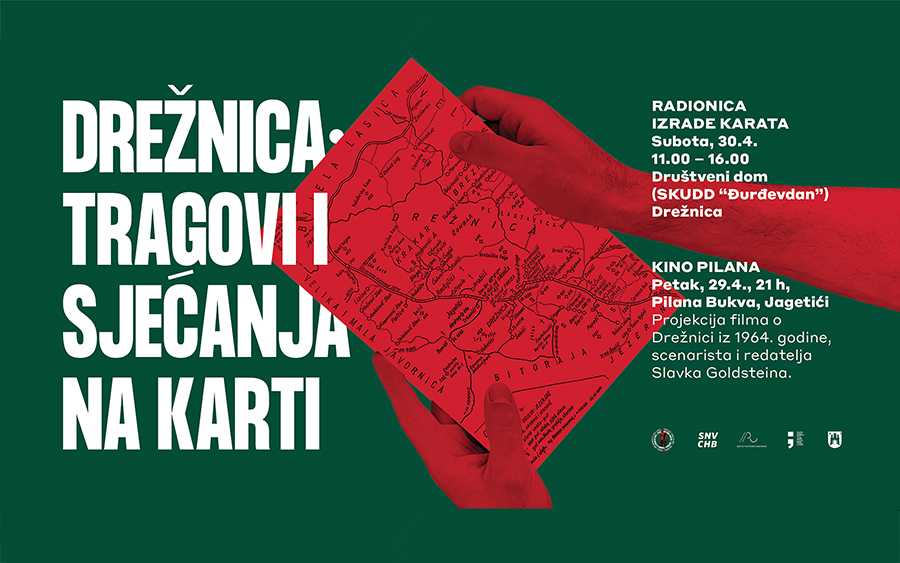 -
International research project “Heritage from Below | Drežnica: Traces and Memories 1941-1945” approaches cultural heritage as an emancipatory practice that emerges for and from the local community. With the help of locals, project members have been successfully exploring and mapping monuments and ruins, excavated partisan and prehistoric traces and shelters, and recorded valuable testimonies of the last generation of partisans.

In September this year, we are organizing an exhibition to be held in the Gallery of the Archaeological Museum in Zagreb aiming to present our work on the project. Among other things, we will deal with the geographic area of Drežnica, its coverage, natural features, historical and cultural monuments, with an emphasis on the period of the Second World War.

Therefore, one of the key preparatory activities is the workshop of analysis and mapping, which is focused on a critical approach to the production of space through the method of participatory cartography. The workshop requires the interest and active participation of local residents. Using different cartographic bases, we want to imagine and build a more democratic cartography "from below". Such cartography starts from different spatial-relational hierarchies of the community, points that are in the focus of its specific memories, past and sometimes opposite to the existing professional reductions of space. The democratic approach to the spatial definition of heritage is the basis of its thinking as a common good. A key element of this process is raising awareness of the spatial, social and environmental dimensions of cultural heritage, as well as encouraging critical and participatory models of heritage practices through direct work with local communities.

As an introduction to Saturday's gathering, on Friday, April 29th at 9 pm, a public screening of Slavko Goldstein's 1964 film "Drežnica" will be organized. Admission to the screening is free.

-
The participatory cartography workshop is conducted in cooperation with and with the support of the Department of Culture of the Serbian National Council. The entire program of the exhibition was also financially supported by the Ministry of Culture of the Republic of Croatia and the City of Zagreb. We especially thank SKUDD “Đurđevdan”, the Community of Drežnica Serbs and sawmill “Bukva” for cooperation in organizing and implementing the event.

For more information about the workshop follow FB event.