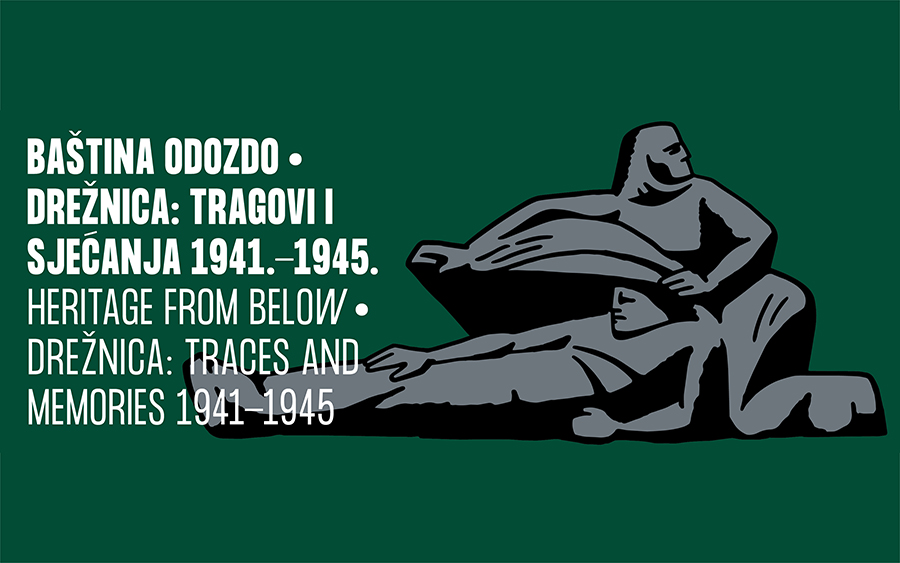 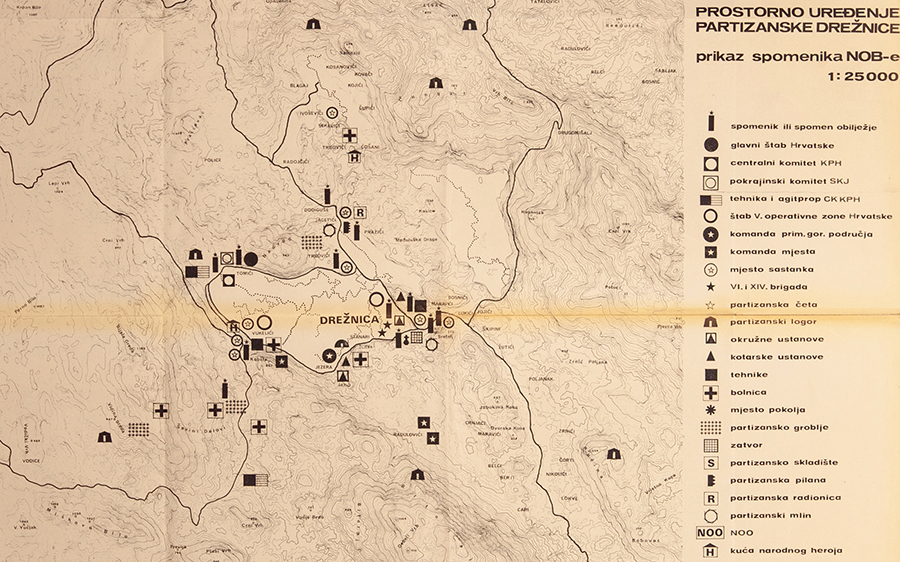 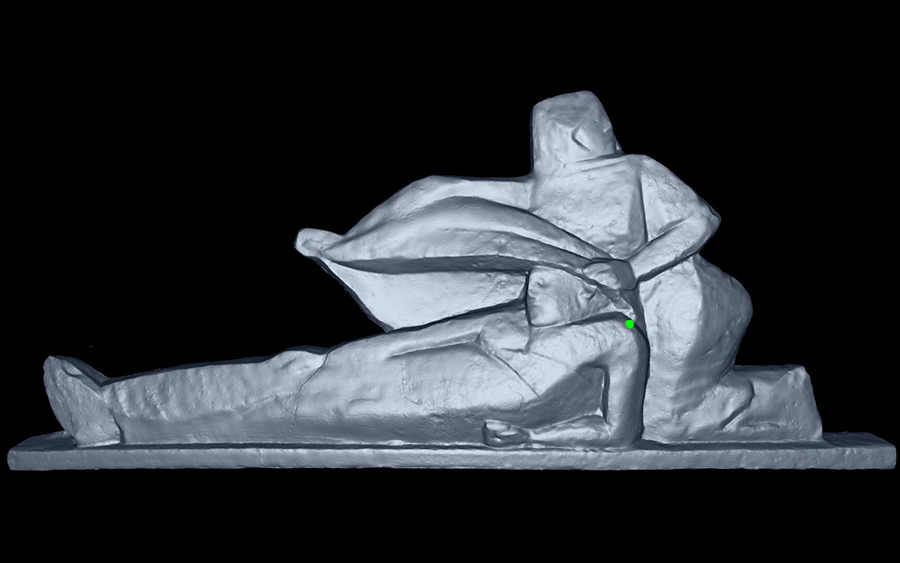 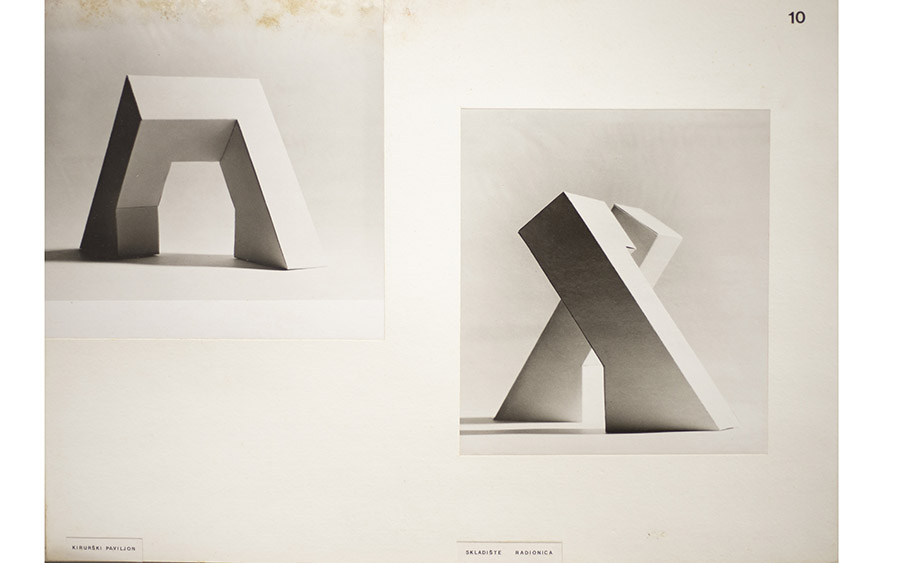 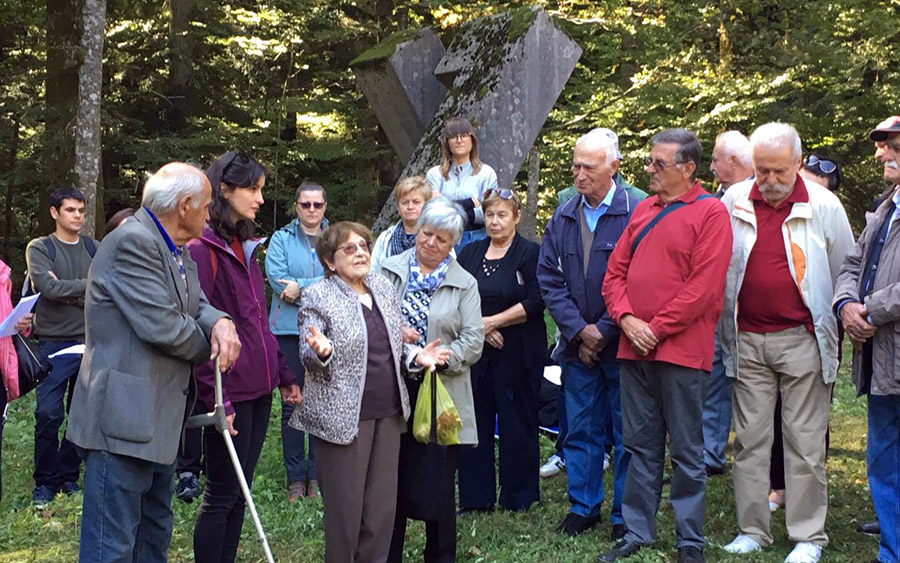 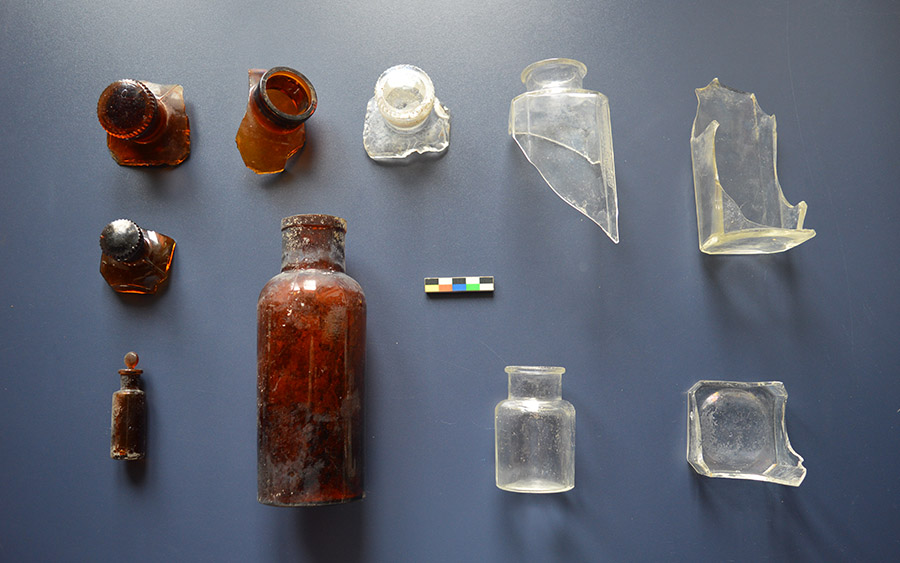 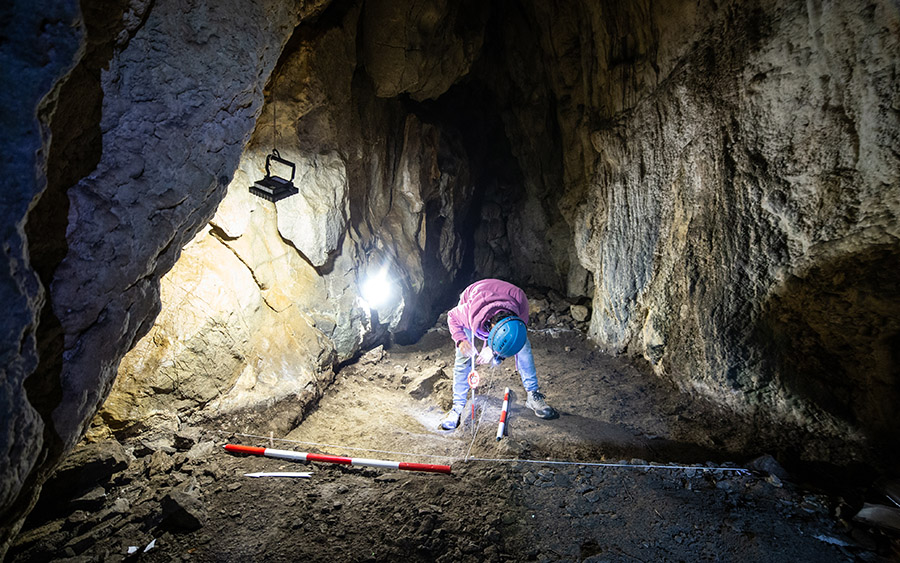 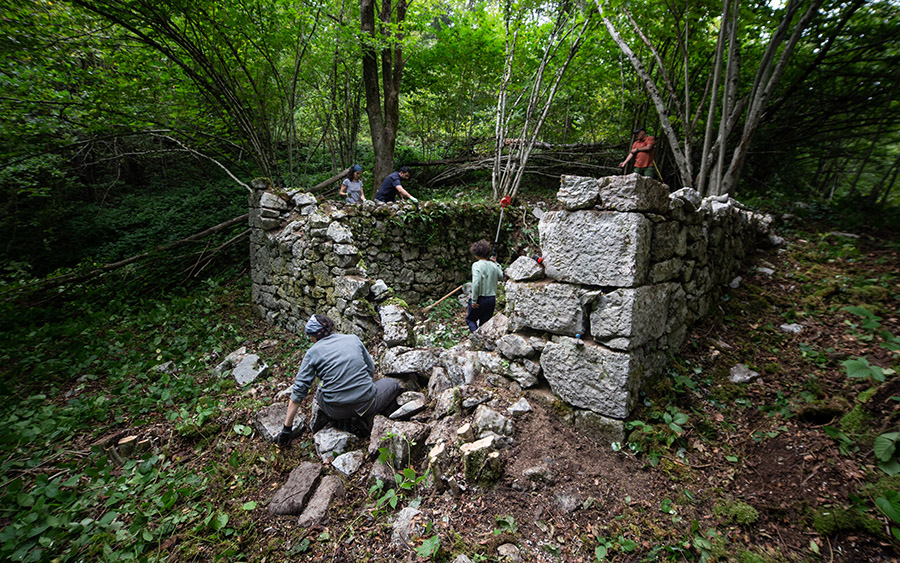 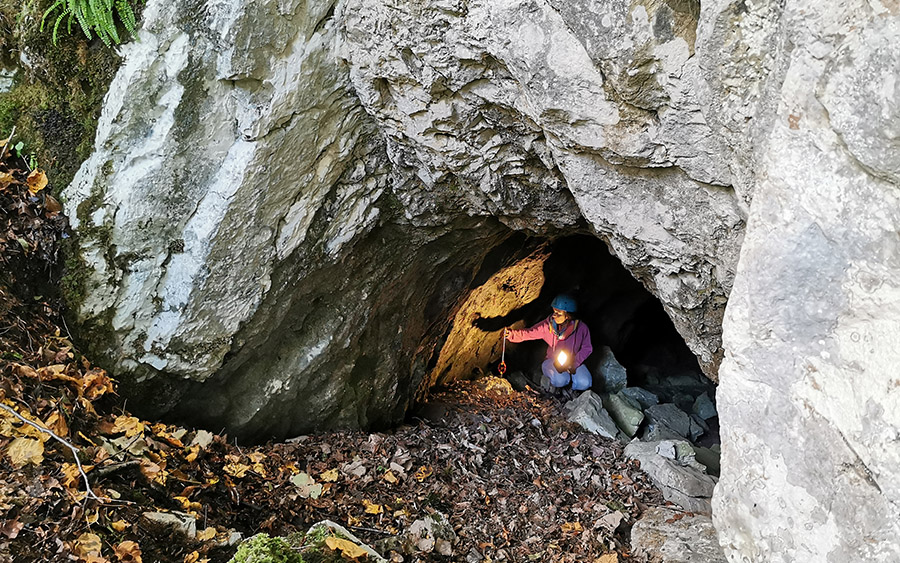 Heritage from Below | Drežnica: Traces and Memories 1941-1945 is an international heritage project focused on the region of Drežnica and its recent past.

Located in central Croatia, Drežnica’s villages and hamlets emerged as part of the Habsburg military frontier against the Ottoman empire in the early seventeenth century. According to the community’s storytellers, however, Drežnica was originally settled by “Greeks”, a mythological community who had abandoned the region long before the arrival of southern Serbian families still in the area. The complexity of Drežnica’s past is attested by legends such as this and archaeological evidence from different time periods. During the Second World War, Drežnica’s mountains became one of the most important stages of guerrilla warfare in the Western Balkans. Between 1941 and 1945, the region was occupied and repeatedly attacked by Axis forces. Italian fascists, Nazis and their local collaborators sought to suppress the resistance and dislodge partisan fighters from a vast network of camps, safe houses, and cave shelters across the forest. Despite the reprisals, villagers supported the resistance movement and sheltered many war refugees who walked across the region to reach liberated territories. Wartime traces and memories became the backbone of Drežnica’s community-building process after 1945, as people started rebuilding their homes and families. These narratives were contested and marginalized by new state agents after 1990, as they tried to legitimize another hegemonic heritage discourse in the newly independent Republic of Croatia.

In this community-based project, we aim to bring visibility to multi-temporal heritage practices enabled by experiences of collective pride, trauma and healing, and respond to current local demands for technical expertise. To do so, we are developing new methodological approaches to cultural heritage in collaboration with community members.

Our interdisciplinary research team of art historians, archaeologists, historians, anthropologists, and architects is interested in the entanglements of memory, affect and politics afforded by the materiality of resistance: hospitals, printing houses, military camps, caves, collections, as well as post-war memorials and monuments. By engaging with these sites, we intend to mobilise Drežnica’s wartime practices of care and hospitality in critical discussions about the ongoing crisis of hospitality in the European Union. Memories of resistance, on the other hand, encourage us to challenge right-wing populism and historical revisionism in Croatia and beyond. By questioning hegemonic narratives about the past, Drežnica’s situated heritage practices are a source of inspiration for social change.

One of the project’s main objectives is to survey and document post-war commemoration practices, which included the construction of monuments and memorials, as well as the establishment of a “memorial area” in the 1970s. The commemorative landscape that emerged in Drežnica in the post-war period was the result of community initiatives that was later transferred to a more expert level of heritage management and integrated into a more complex system of its integration with the self-managed economy. The heritization process reflected the Party hegemony over the Second World War history, yet it emphasized the specificity of the local resistance. Some significant sites were, however, left out of socialist commemoration strategies and were not memorialised at all. In 2018-2019 we surveyed and documented Drežnica’s heritage sites, and examined archival documentation related to the design of the “memorial area”. On top of those two, fieldwork research and collecting oral history are adding yet another, invisible layer to the stratified memorial landscape of Drežnica. This documentation will be used to assess the conservation of monuments and memorials and support the restoration of the Partisan Hospital No. 7 memorial complex on Mount Javornica. The memorial ossuary was built in the mid-1950s by architect Vlado Ugrenović and sculptor Kosta Angeli Radovani, while the monument at the hospital site was designed by architect Zdenko Kolacio in the early 1980s and is currently used for community celebrations.

We are looking at how partisans, with the help of the local community, organised themselves in the forests around Drežnica and what strategies they employed to fight Axis’ regular armies. In 2019, we surveyed the region and located several houses and camps used by partisans since the early stages of the war. Thanks to a supportive community, partisans often used civilian homes and agricultural facilities during the war. In 2020, we excavated a stone shepherd hut that was used in 1941 by the secret central headquarters of the Croatian partisan resistance. It provided information about military events and rural life in the early 1940s. In addition to the archaeological excavation, we have been looking for military reports in national archives and interviewing former partisans.

Practices of care and hospitality

In this project we look at multi-temporal practices of care and hospitality. During the war, partisans operated several field hospitals and later constructed larger permanent structures on several locations at Mount Javornica near Drežnica. These facilities focused on the recovery of combatants, but also provided permanent healthcare to community members and war refugees. In addition to hospitals, we are also examining a network of caves used by local civilians and refugees throughout the war. Some of these caves are linked to ancient sheltering practices and testify to the presence of “Greeks”, i.e. previous inhabitants, in the region. In 2019 we documented a hospital shelter, and in 2020 we excavated a cave used as temporary shelter by several families from Drežnica. In both cases, the process of locating and understanding the historical and contemporary relevance of those sites was gained through intensive and close communication with the local community.

An important segment of the project is continuous effort to document the presence of contemporary refugees and migrants in the area. By collecting oral history, we are documenting local narratives about refugees and hospitality from the Second World War, mainly preserved by women. One of the results of this segment of research in a short documentary “16.–23.9.2019. Drežnica”, made in 2019-2020 by Matija Kralj.

Deep in the mountains of Javornica, the propaganda department of the Central Committee of the Communist Party of Croatia organized in 1942 a camp to print political and war propaganda. The printing house was destroyed by Nazi armed forces in 1944. It was situated in a forest glade, still known today by hunters and villagers as “the Agitprop”. This camp relied on the labour of writers, academics and artists who fled to Drežnica and joined the resistance, as well as on the support of the local community who assisted in smuggling the paper and machines, and later distributed the printed materials. In addition to propaganda materials, such as political brochures and leaflets, these cultural workers published literature, theatre plays and organised educational events. In 2021 we will excavate the “Agitprop” and produce a catalogue of works published in Drežnica that are currently archived in Zagreb, Ogulin and Rijeka.

Dr Mihael Sobolevski, founder of the Heritage Museum in Ogulin; retired researcher at the Center for the History of the Workers' Movement and the People's Liberation War of Istria, the Croatian Littoral and Gorski Kotar, Croatia

The project is financially supported by the Serbian National Council, the Institute of Art History, the Ministry of Culture of the Republic of Croatia (Croatia), the Society for Post-Medieval Archaeology (UK), the Joukowsky Institute for Archaeology and the Ancient World, Brown University (USA), and the Foundation for Science and Technology (Portugal).

This project is supported by the Serbian National Council, the Ministry of Culture of the Republic of Croatia, the Institute of Art History, Local Municipality Drežnica, the Association of the Serbian People of Drežnica, Cultural Association "Đurđevdan", the Heritage Museum of Ogulin, Zadruga Praksa, the Association of Architects in Istria – Societa architetti dell Istria, the Archaeological Museum in Zagreb, the Speleological Section PDS Velebit, Zagreb, Marijana Vinković, PhD, NMR Centre, the Institute Ruđer Bošković, Zagreb.

International seminar “Heritage from Below: Critical Approaches and New Practices”. Organized by the Institute of Art History, the Istrian Historical Society and the Society of Architects of Istria. October 2019, Pula-Vodnjan, Croatia.

Sanja Horvatinčić, "Unlearning Heritage: Rewinding the Past, Reversing the Present", organized by Royal Institute of Art in Stockholm and National Museum of Contemporary Art of Romania, Bucharest. November 12, 2020.